A nest woven into the fabric of Carlton North

This modest Victorian worker’s cottage, on a slither of land (only 108 square metres) and located on a prominent corner, has been transformed into a family home for a couple with four small children. Now including two living areas, three bedrooms, bathrooms and ensuites, the modified home, with a basement and a first floor, demonstrates how a family can comfortably live in the inner city. Borrowing views from neighbours, allowing natural light into the core and creating sight lines beyond the boundaries allows this house to feel considerably larger. And while the outdoor space is limited to a courtyard, when the glass doors and windows are opened there’s a greater sense of space and cross ventilation. This project presents two faces to the neighbourhood: one being a period façade that’s been fully restored, the other showing a contemporary elevation that provides a new address, including a new arched front door that’s now used as the main point of entry. The use of slate in the new wing, expressed as a ‘drip line’, also gives the home its contemporary edge, acknowledging the home’s traditional pitched slate-covered roof. In contrast to the Victorian home’s orthogonal walls, the new addition includes curvaceous tiled walls and oak joinery that adds a softness to the interior spaces. 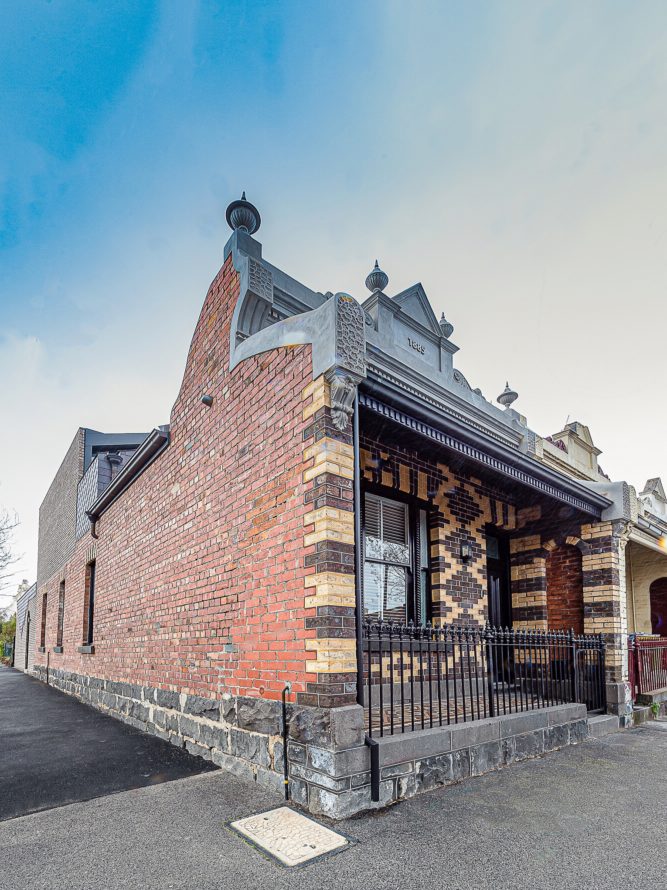 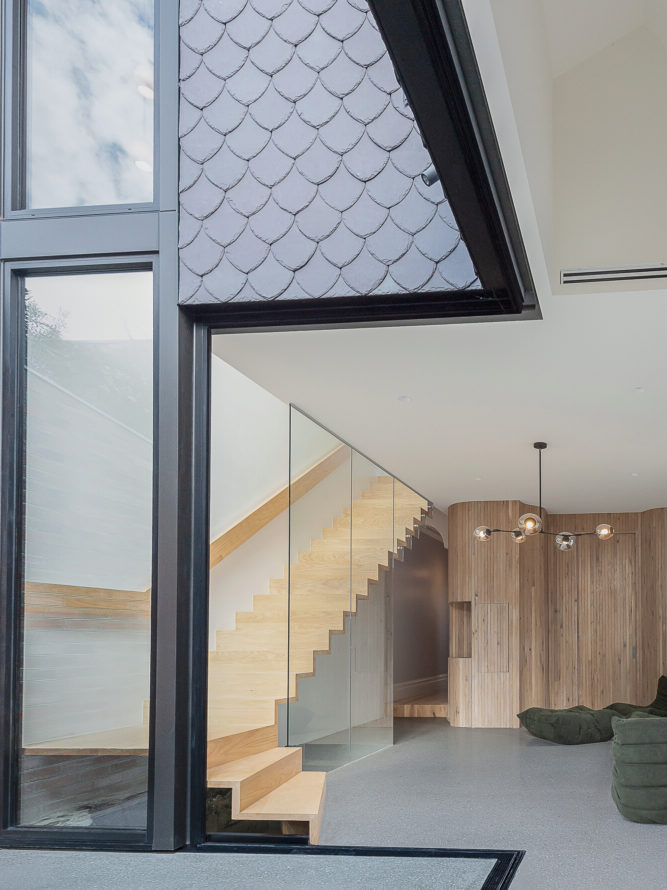 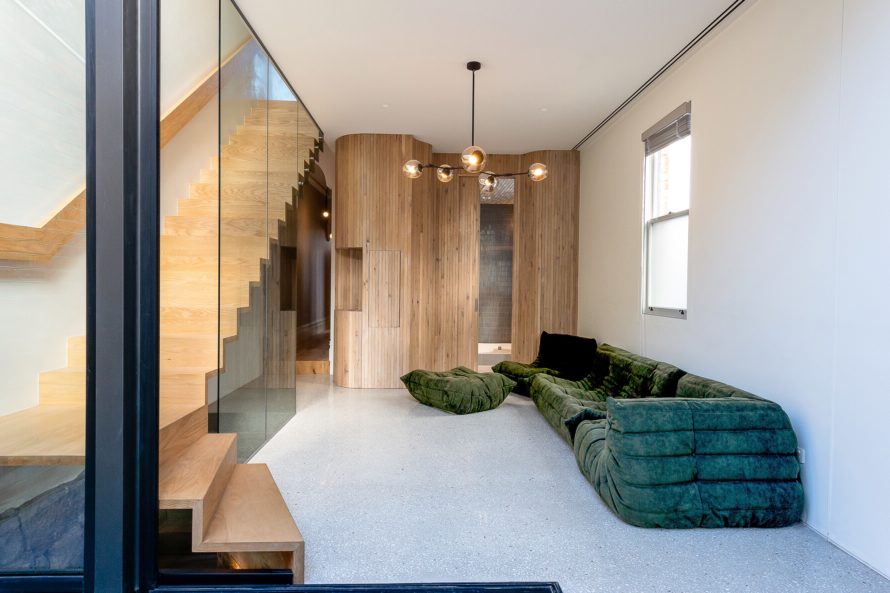 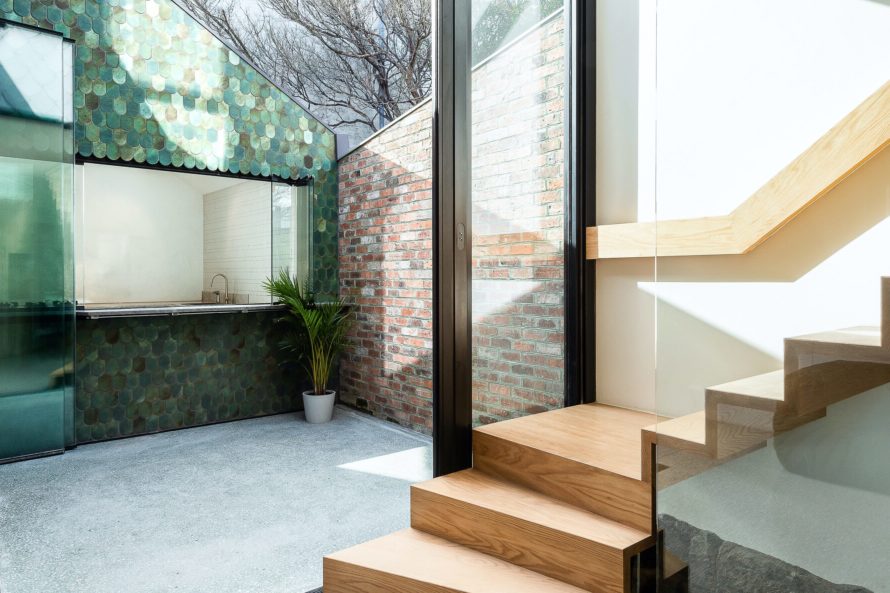 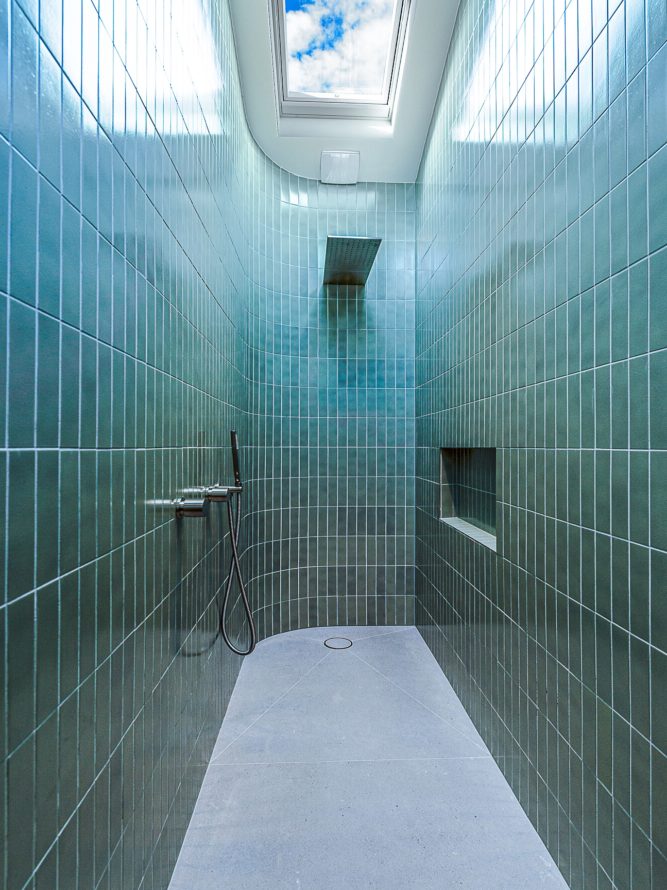 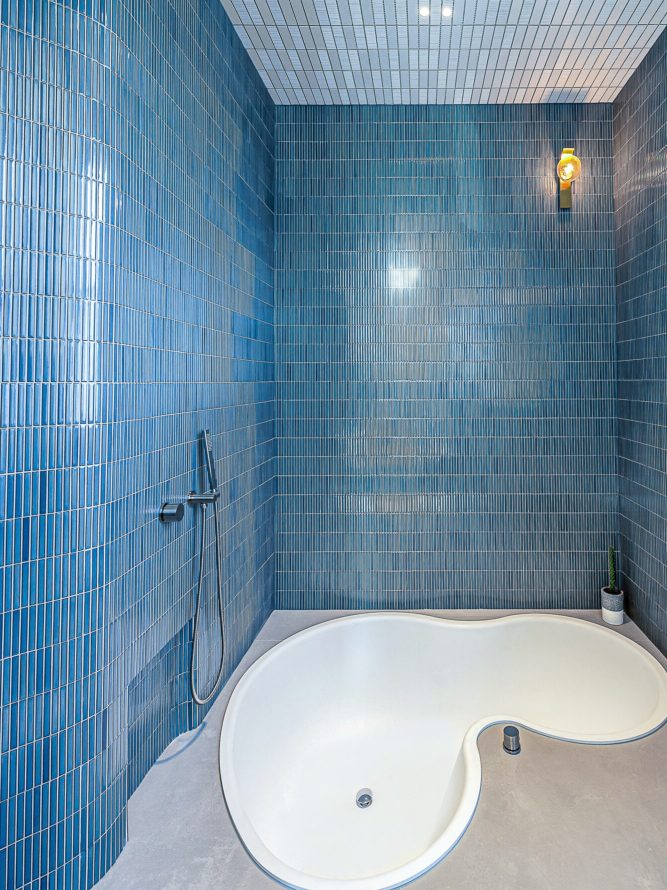 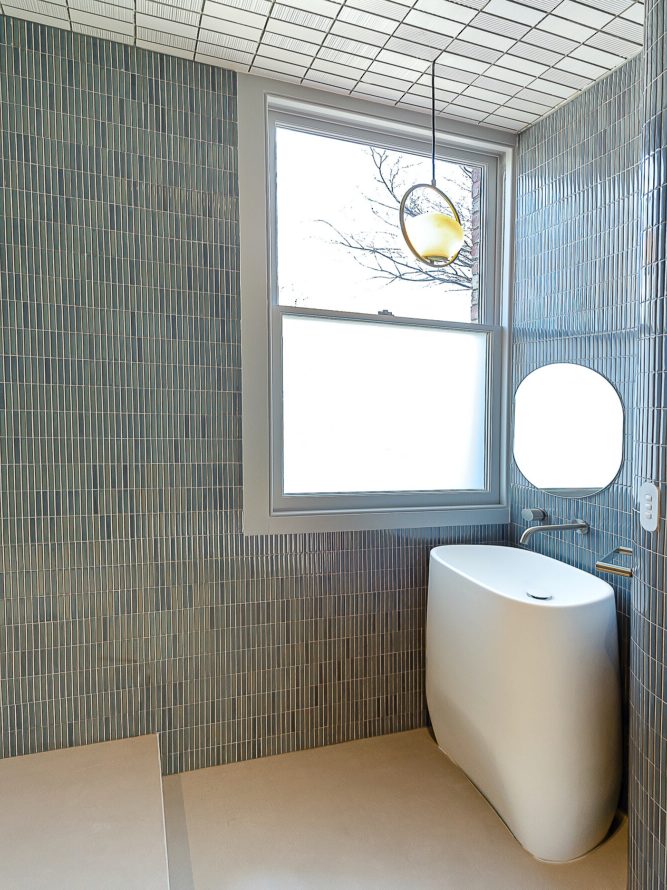 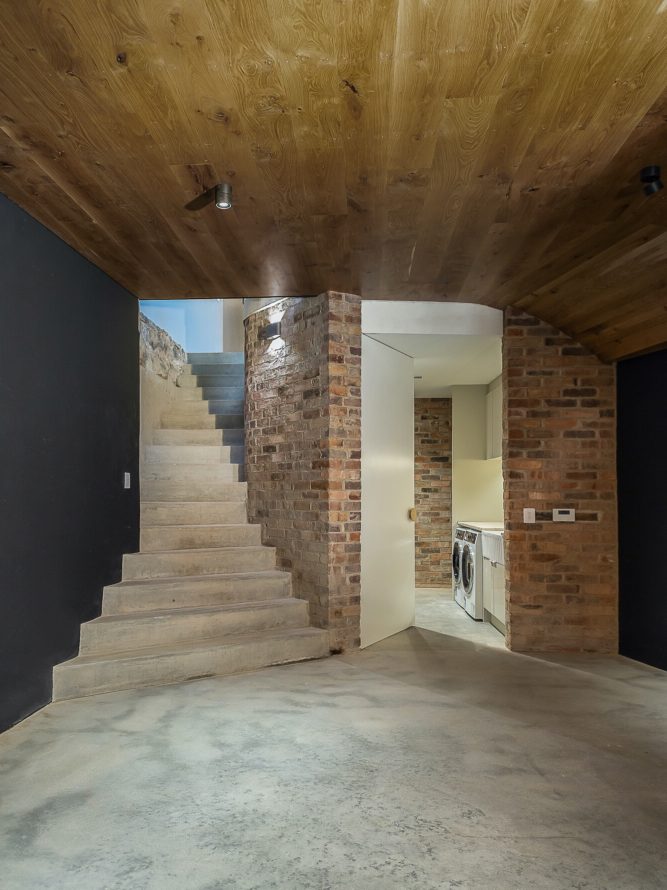 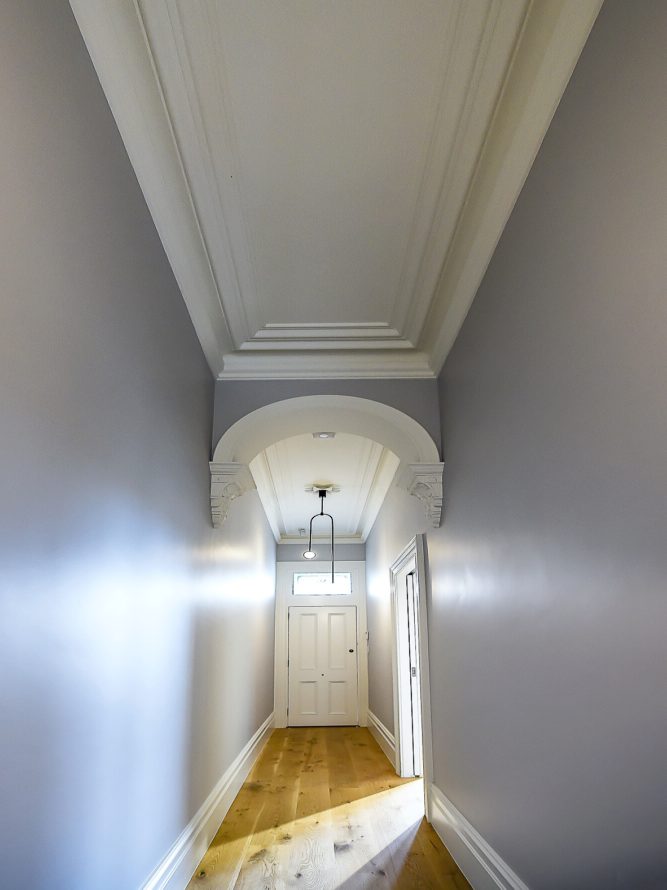 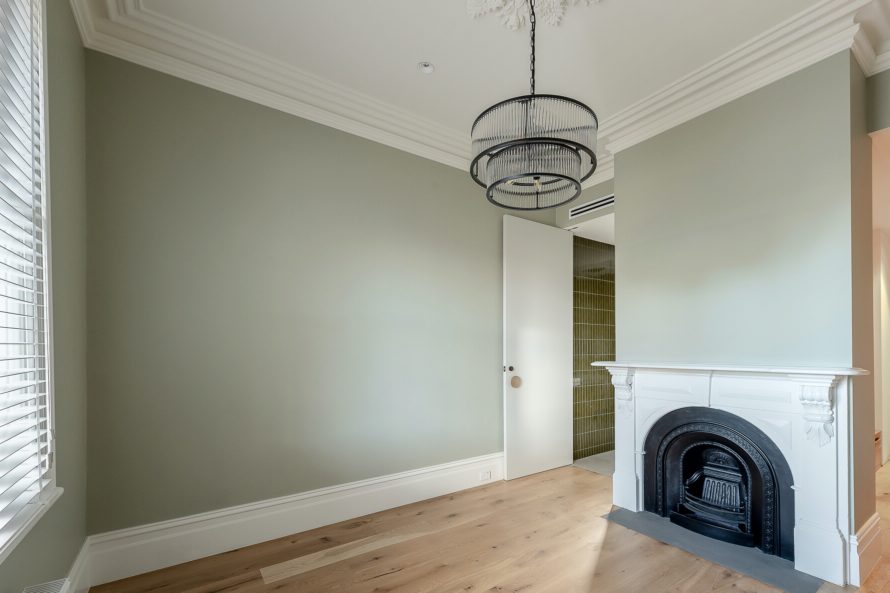 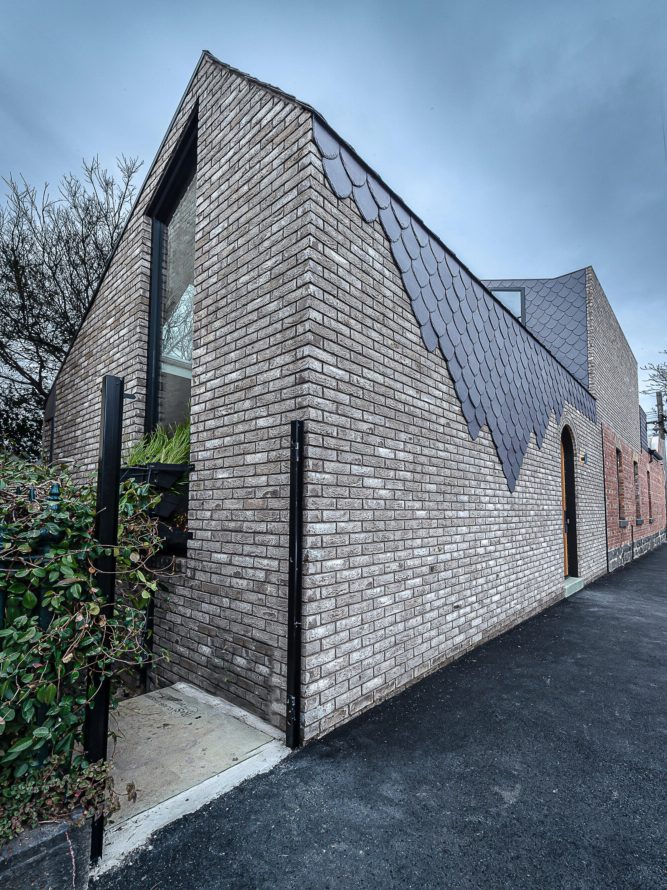 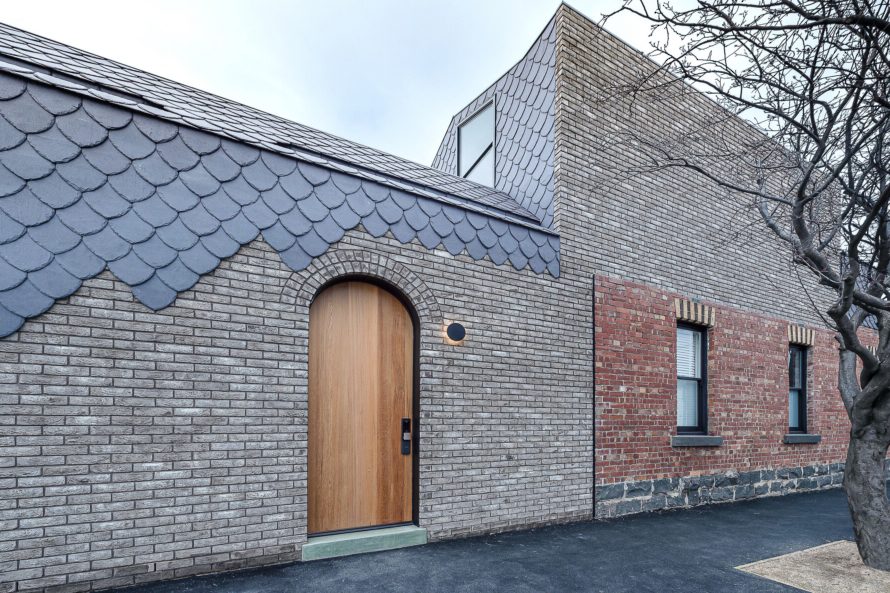 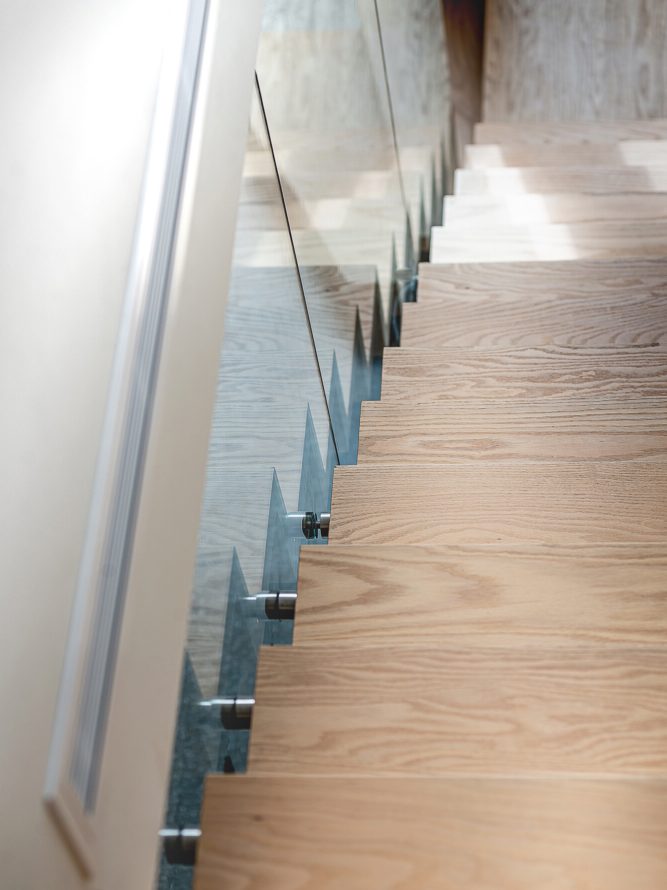 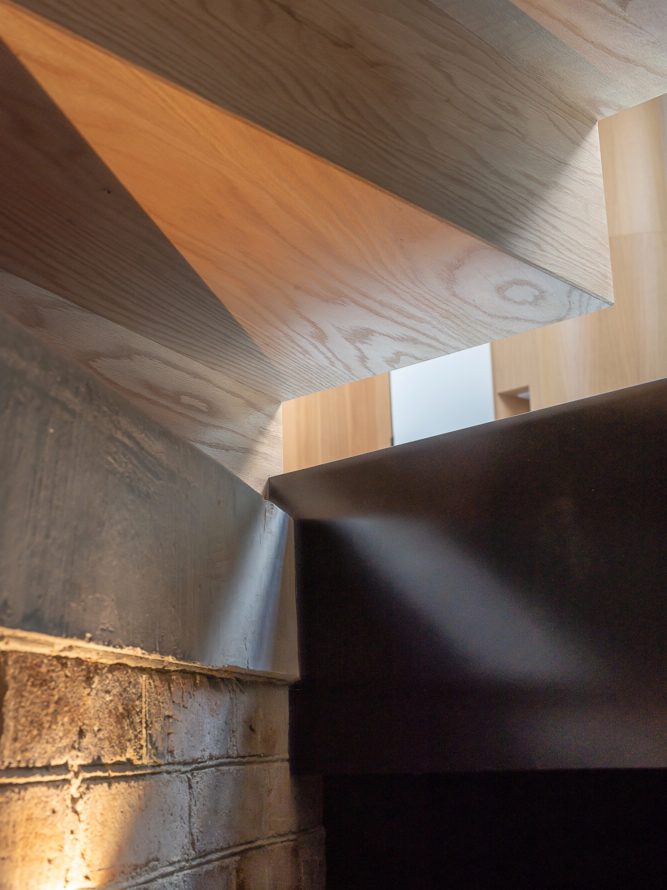 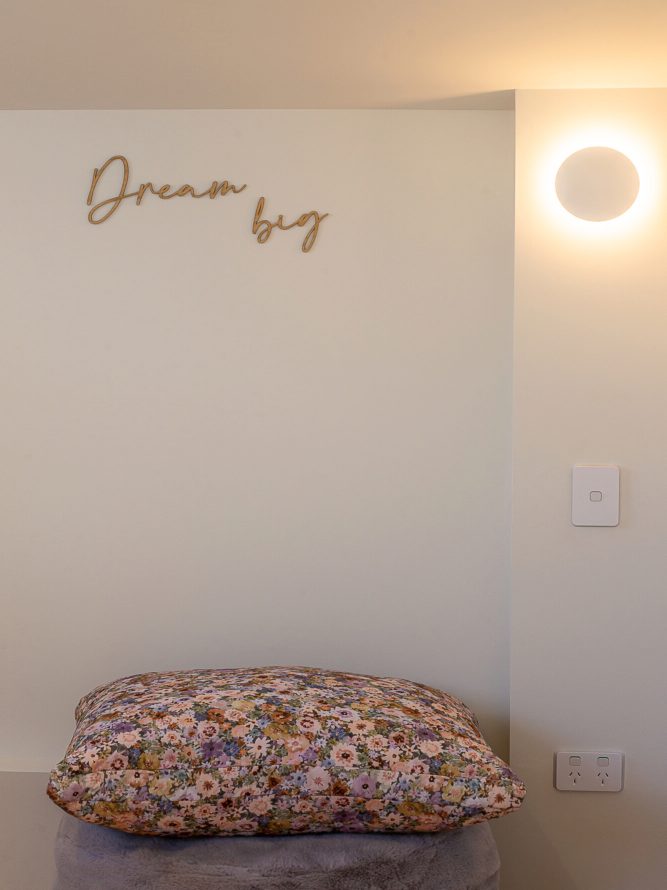 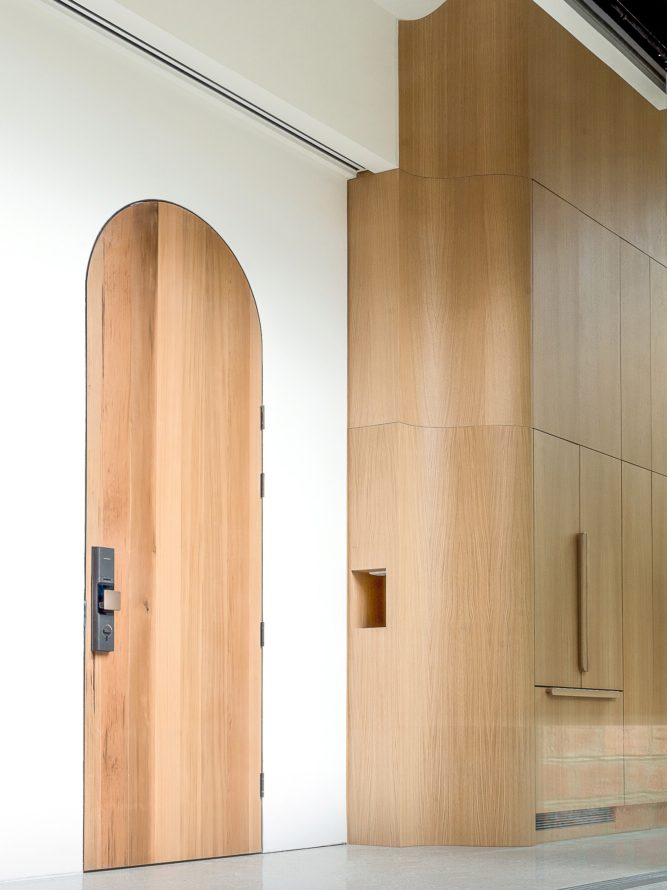 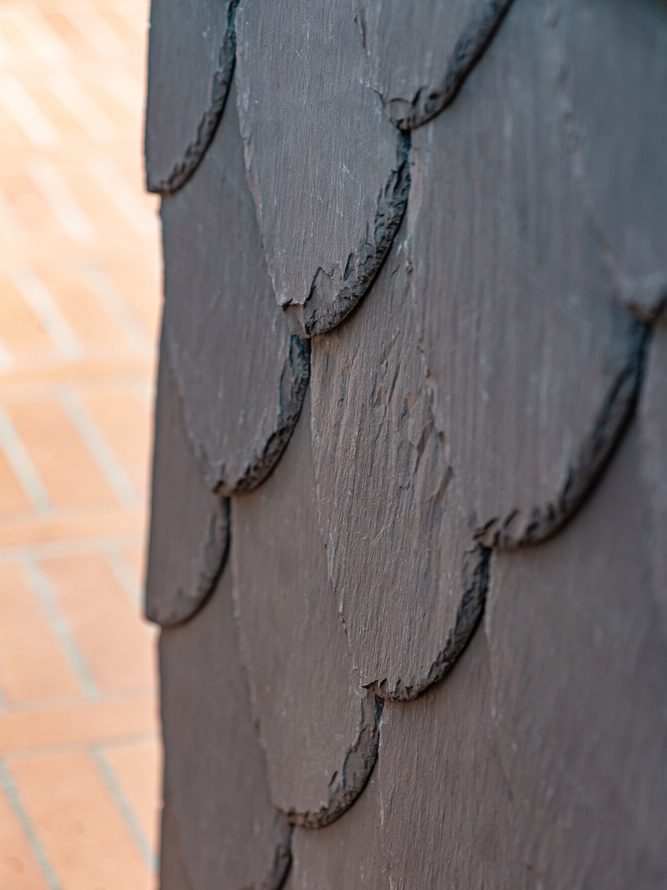 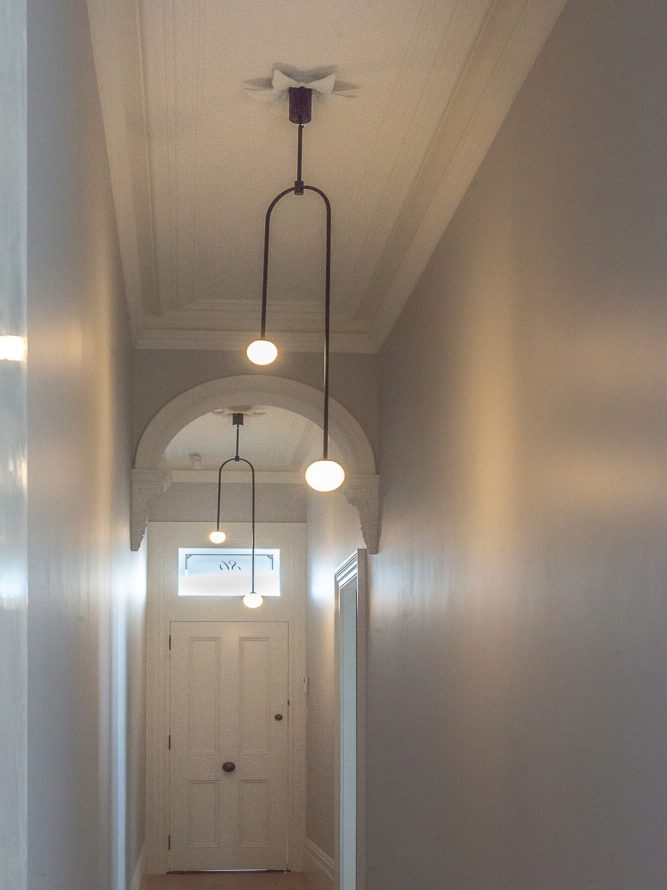 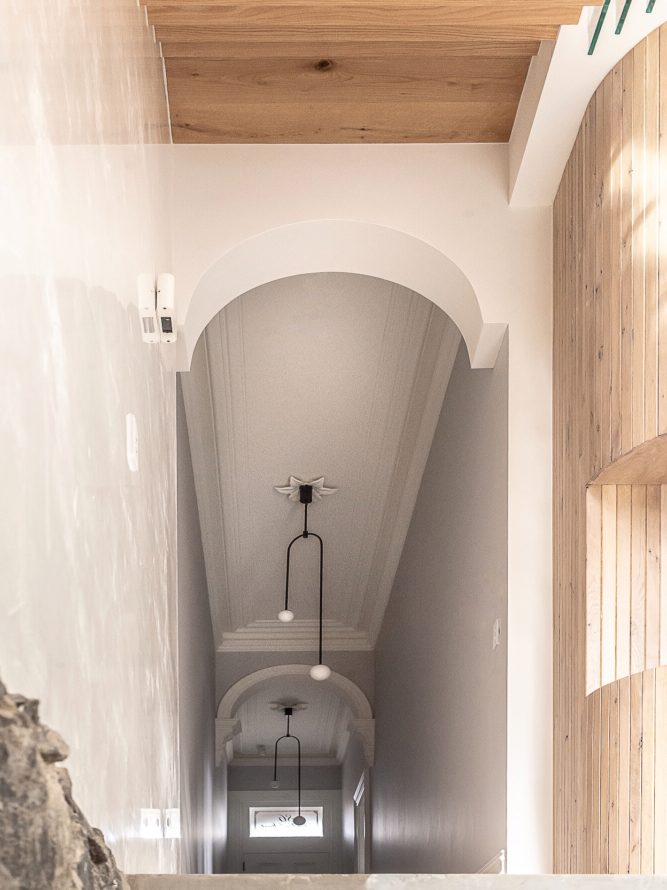 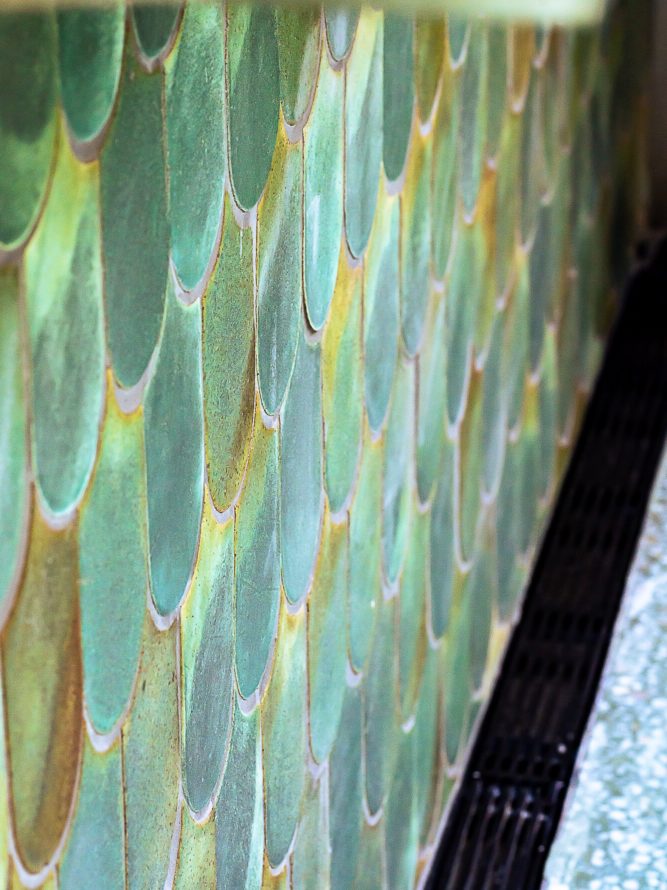 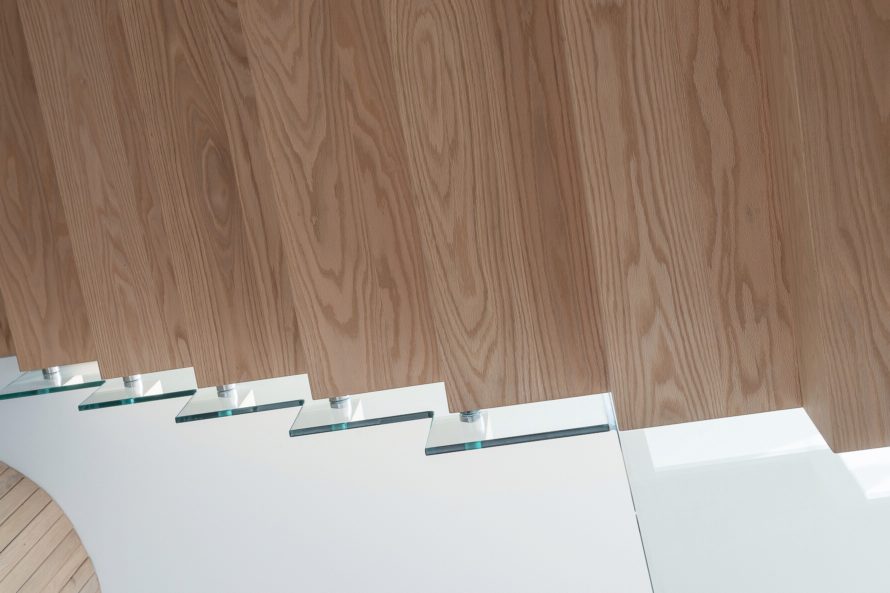 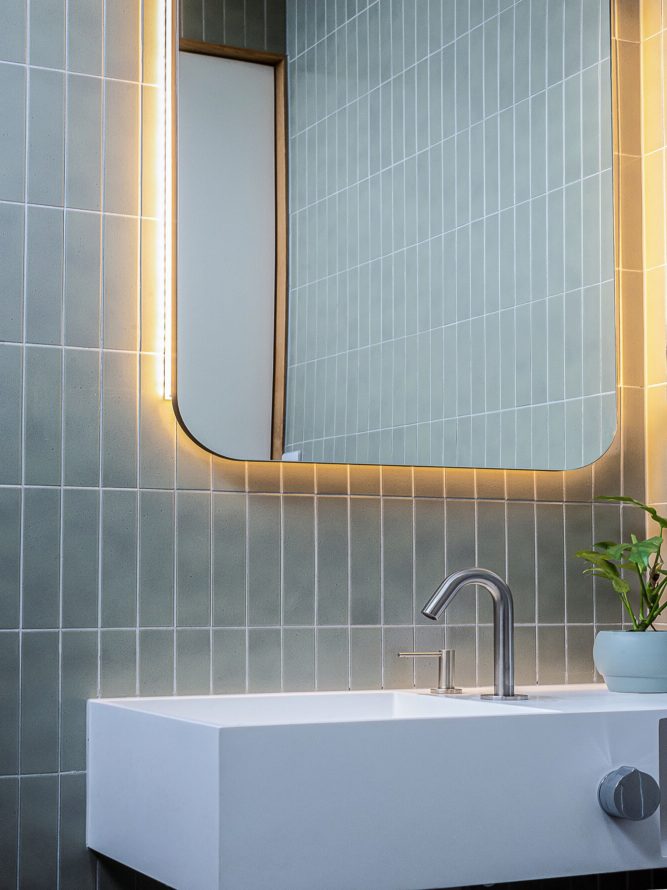 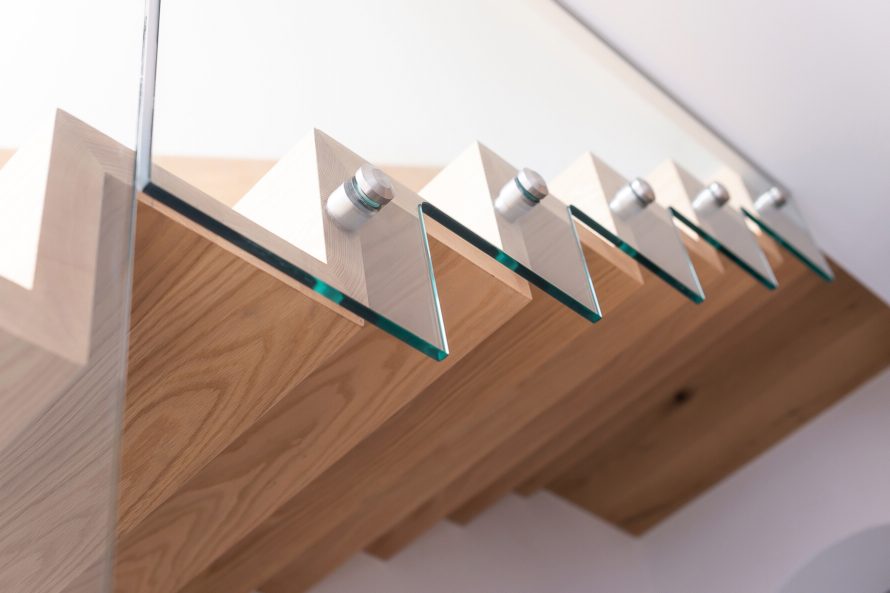 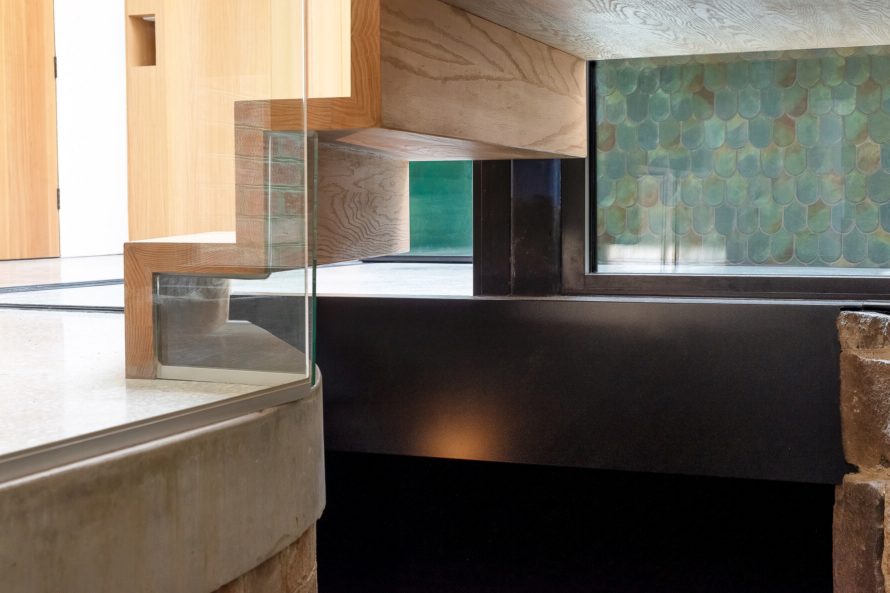